Who Were Bisbee's Comedians?

"A thousand laughs, a tear or two...but not a single blush."

Jess C. Bisbee was born at Spencer, IA, in 1889, and was the son of a noted show family. His father was a circus and vaudeville performer and magician. His mother was a talented musician. Jess' interest in professional magic began early. At age 20 he was billed in vaudeville as one of the Bisbee Brothers, teamed with brother Roy, with a "musical flower garden". At 30 he began a career with RKO, Keith's Orpheum Circuit, and later with the Cotton Blossom Showboat, doing cartooning, rag and smoke pictures.

In 1927, shortly after his marriage to Mary, he struck out on his own, entering the tent show field with his Bisbee's Comedians, offering old-time dramas and magic nightly, with a complete change of bill each night during the week. After a few lean years, fortune turned a kindly eye his way. Bisbee's Comedians were a well respected company. It was always a welcomed sight when the six big trucks, proudly lettered with the show's name, followed by cars and trailers, rolled into town to set up the large canvas tent that would seat 1,000.

A 1943 article states, "Bisbee confines his talents now to two states, Tennessee and Kentucky, where his 28-person troupe has made the same circuit for 16 years. After his eight-month season is over, he returns to his winter quarters at White Station, Tennessee, on the outskirts of Memphis."

Jess died June 3, 1955 at his home near Memphis at age 65. Funeral services were held June 5, with burial in Memorial Park. He was remembered as "a skilled magician in addition to being a producer and director. His show had toured Tennessee and Kentucky for over 25 years and he was one of the last of the old tent show operators." He was survived by his widow, Mary, a brother, Ralph, and a sister, Mrs. Florence Donley.

In 1956, Bibee's Comedians were acquired by Billy Choate, grandson of William Carroll Choate, founder of Choate's Comedians. Billy had been traveling with the Bisbee's since 1942.

By 1964, Bisbee's Comedians are one of only two remaining tent shows.

Bisbee's last season out was in 1966 in which they attempted to make the season by setting up at a resort in Kentucky for the summer. 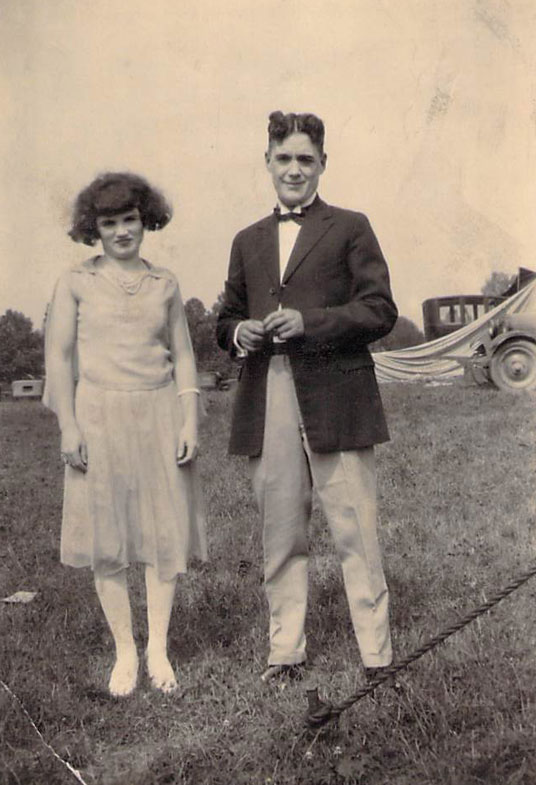 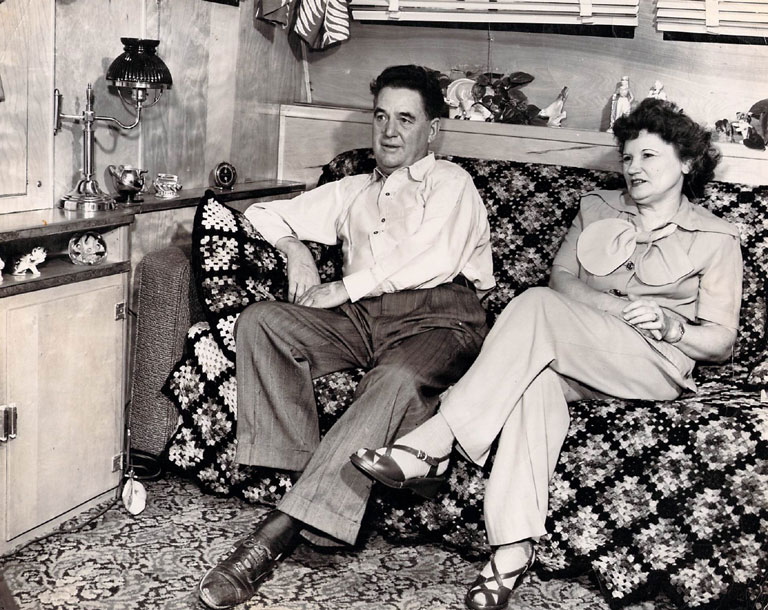 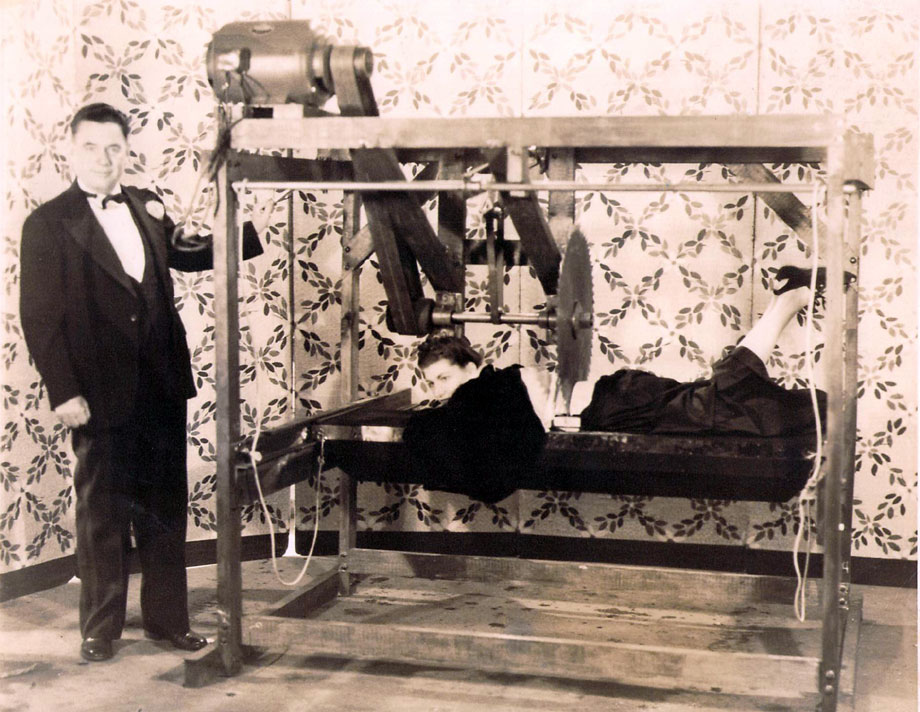 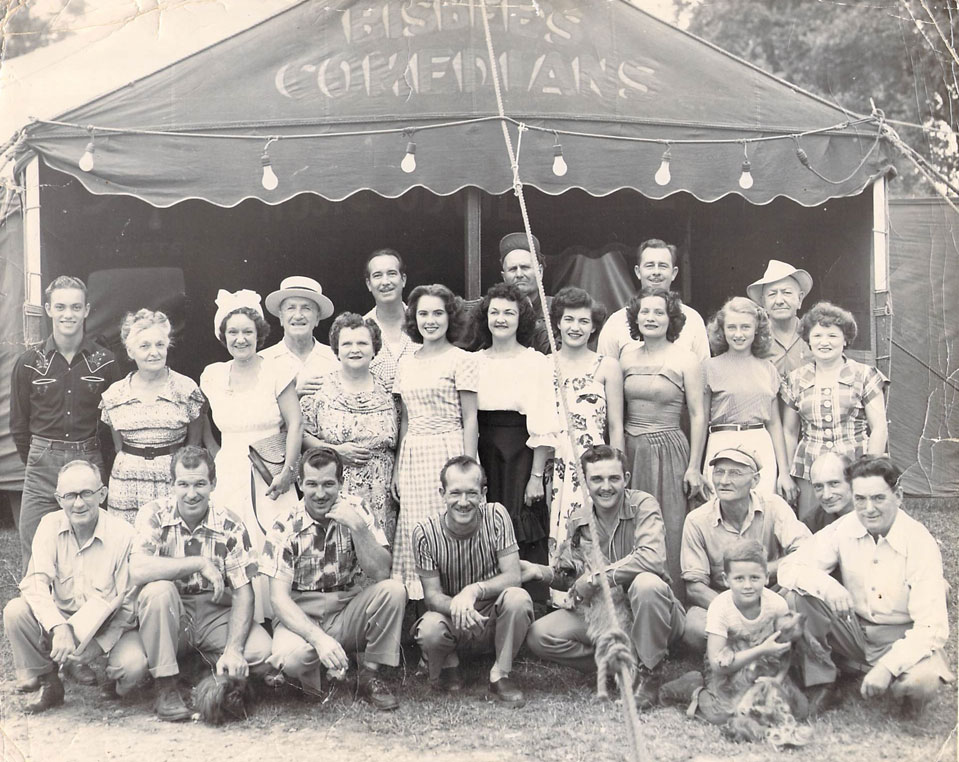 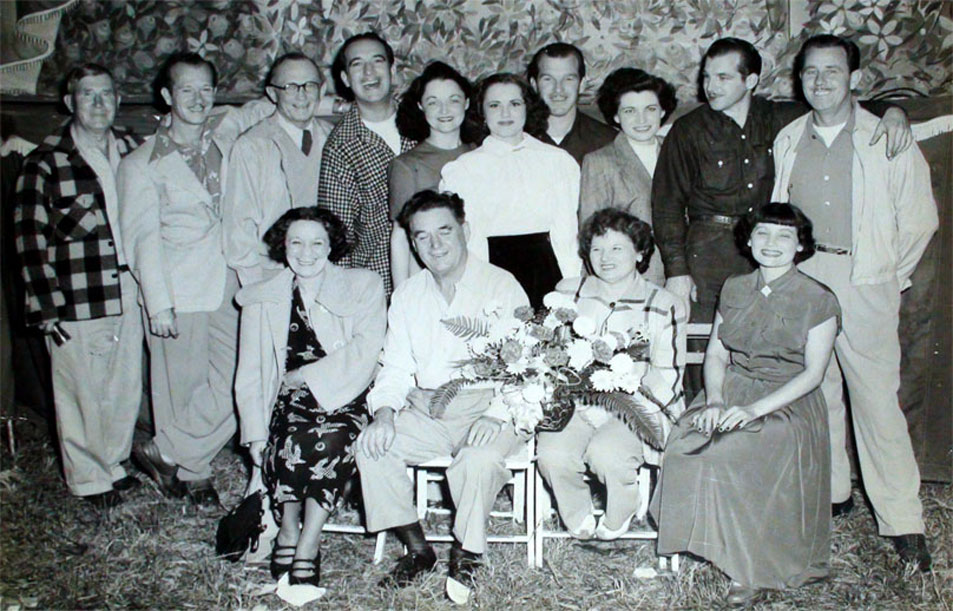 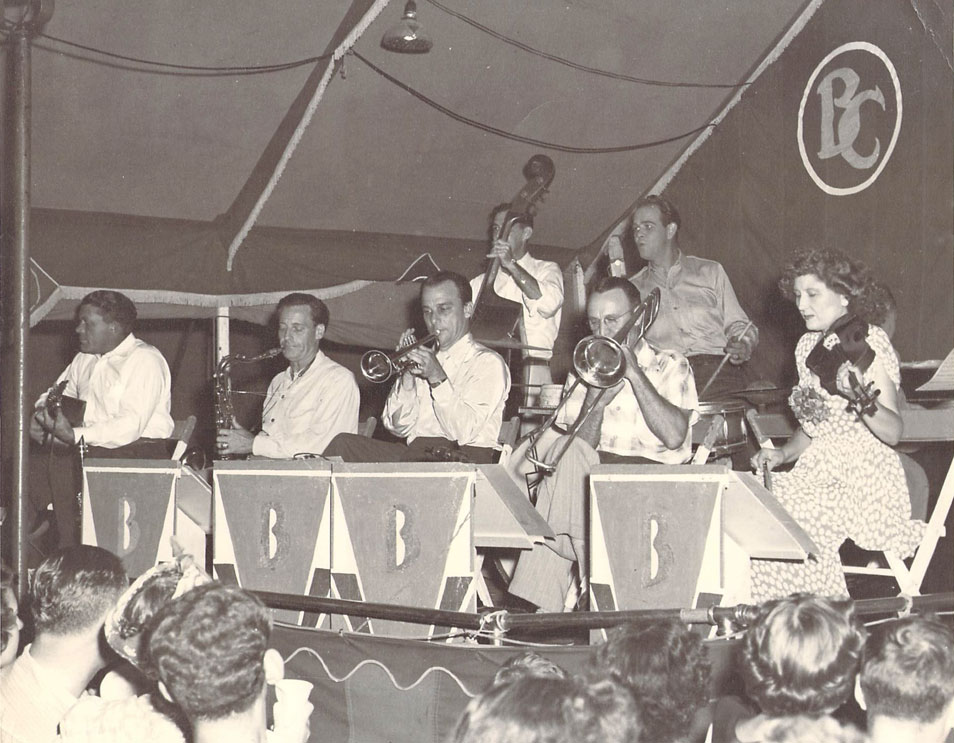 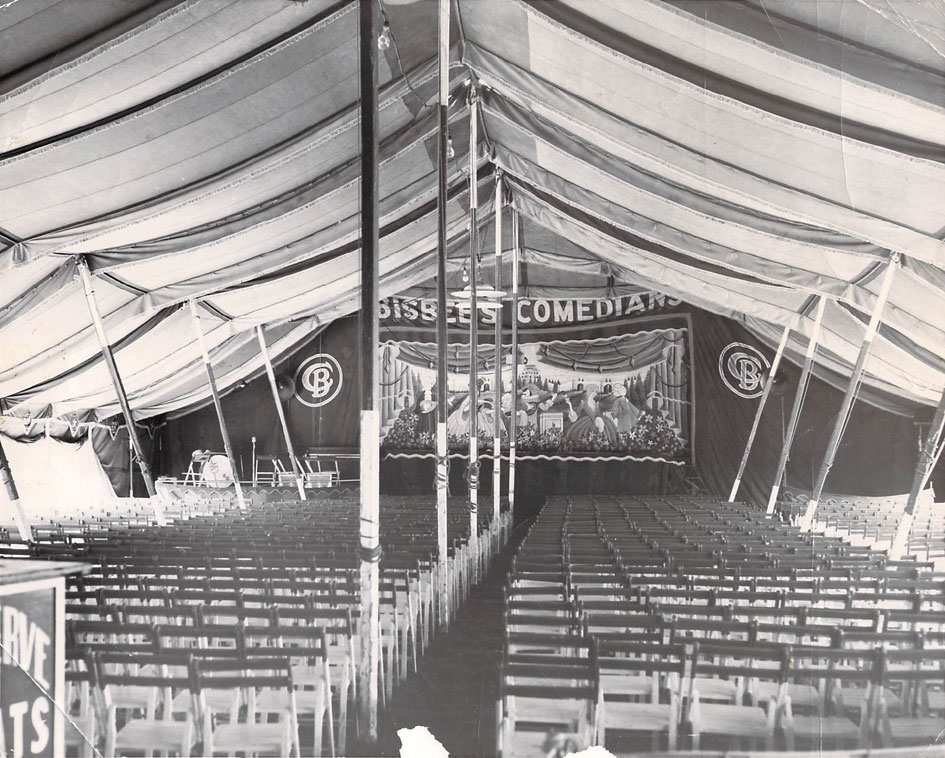 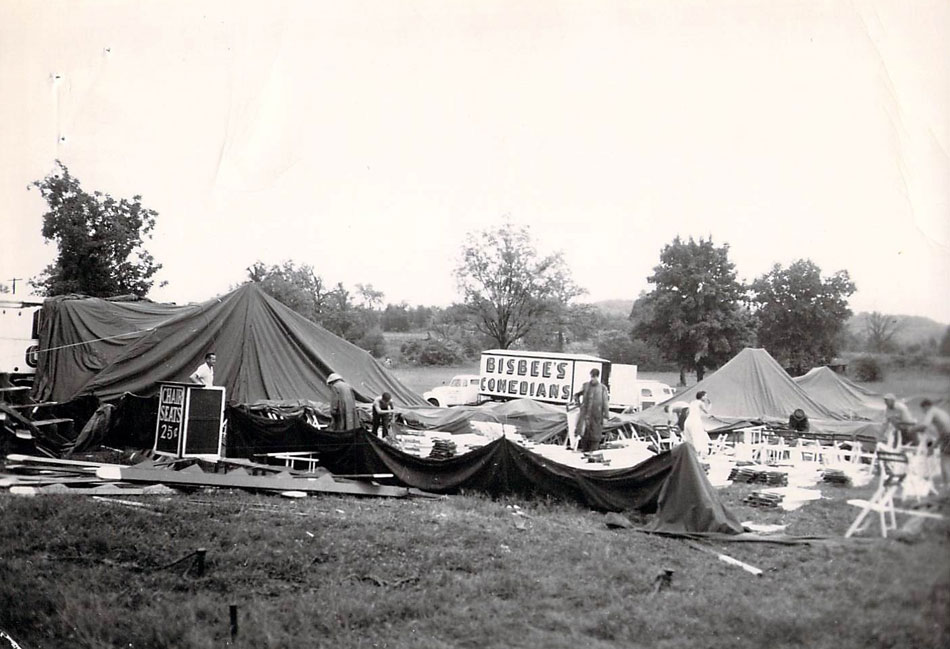 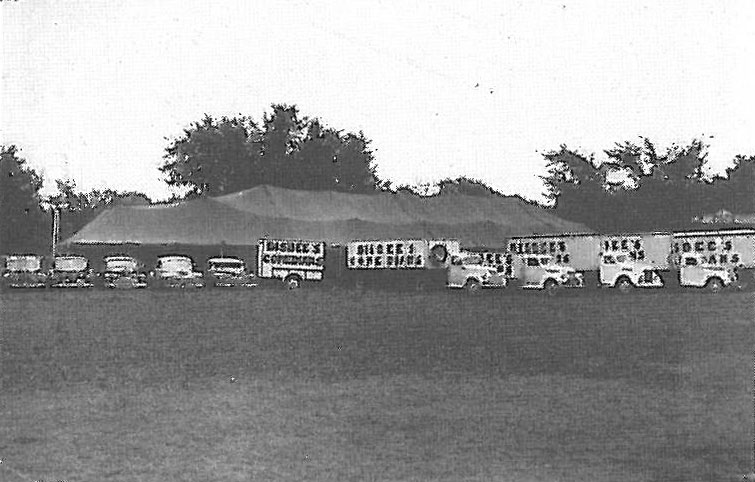